Stop the Deportation of Pegah Emambakhsh 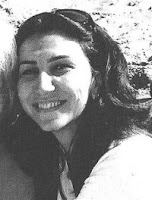 The UK Home Office is attempting to deport Pegah Emambakhsh. If she is sent back to Iran she will face severe persecution, even death.Pegah Emambakhsh is an Iranian national who sought asylum in the UK in 2005, as she faces persecution in Iran as a lesbian.Homosexuality is illegal in Iran, p

Join the campaign and sign a petition in Pegah's defence.