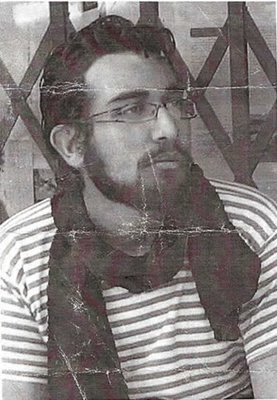 19 year old Sohrab Arabi is another youth killed by the regime. He disappeared after joining the June 15 protests in . His mother had been searching for him and had been had been told he was in Evin prison where she can been seen in a video footage (with a purple scarf) asking about his whereabouts from men leaving the prison upon being released.. She was awaiting his release when instead the family was contacted to collect his body.

Some reports say Sohrab died in prison under torture. Others say he was shot dead by the Baseej in the intersection of Azadi and Jenah Streets during the protests.

His older brother went to collect his body Saturday and was shown 50-60 photos from which he identified Sohrab’s body. Sohrab’s body had bullet wounds to his chest and head.

Sohrab was in 12th grade and preparing for the university entrance exam.

His memorial ceremony will be held tomorrow.

Posted by Maryam Namazie at 9:32 pm

There has been many executions in Iran, going unreported. Michael jackson seems to be a priority.

Minneapolis has an event July 15th, in solidarity with the protests in Iran.

Anonymous said...
This comment has been removed by a blog administrator.
9:50 pm