Sakineh Mohammadi Ashtiani - One Year On 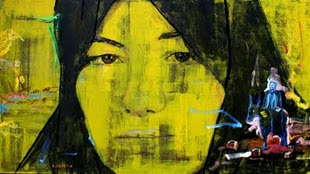 It has been one year to the day that the spokesperson of the Islamic regime’s foreign ministry announced that Sakineh Ashtiani’s ‘…verdict regarding the extra-marital affair has stopped and it is being reviewed.’

This announcement came in the midst of a massive, international campaign to save Sakineh Ashtiani from death by stoning. No doubt, under the immense attention and appeals from across the world, the Iranian regime tried to buy time. Since that time last year, Sakineh has been forbidden to receive visitors; she has no access to her family or a lawyer. By isolating her and intimidating and harassing her relatives and supporters, the Iranian regime wishes that the utter disgrace of trying to kill yet another innocent woman might vanish from the face of the international arena. But it won’t.

Sakineh has come to represent the suffering of a nation under the Islamic regime of Iran’s rule - with all its injustice, barbarity, misogyny and violence.

They tried to discredit Sakineh and those that support her in Iran and internationally - all to make their barbarity more acceptable to the international community. In vain. The world has stopped buying the lies of the regime and the world is waiting for the safe release of Sakineh Ashtiani and her lawyer Houtan Kian who is also still in prison. The world is waiting for the release of all those other, as yet faceless, women and men who linger in the regime’s dungeons.

We are waiting for real justice to be handed out in an international criminal court to those who have been crushing life and dignity with their rulebooks, batons, fists and guns.

Sakineh Ashtiani’s stoning sentence has not been revoked.

We will not give up pushing for the safe release of Sakineh Ashtiani and her lawyer Houtan Kian.